▶ They propose a tribute to The Queens Of The Stone Age -a.k.a. QOTSA- a cornerstone of modern Rock music. QOTSA display several features that are not found together in many other bands: they show a high level of technicity in their play, they are moved by some sort of rage, self-denial and self-destruction, while at the same time many of their songs provide a high dose of musicality, stuning melodies and grasping guitar riffs. They are able, in the same gig, to trigger massive crowd moves on almost-tribal parts as well as light-spirited sing-along moments. QOTSA is like ...a panther about to leap on its prey. There is plenty of room for subtlety, none for hesitation. Their music is as tight as it can be. Through the years, QOTSA has also invited or collaborated with many famous artists, such as Dave Grohl (Nirvana, Foo Fighters), Sir Elton John, Mark Lanegan, Nick Oliveri, Trent Reznor (Nine Inch Nails), Alex Turner (Artic Monkeys), Julian Casablancas (The Strokes), Billy Gibbons (ZZ Top), Brody Dalle, Shirley Manson (Garbage), Alain Johannes, Chris Goss, and recently the producer Mark Ronson. Video mixing is also part of the show!

Tribute to Queens of the Stone age 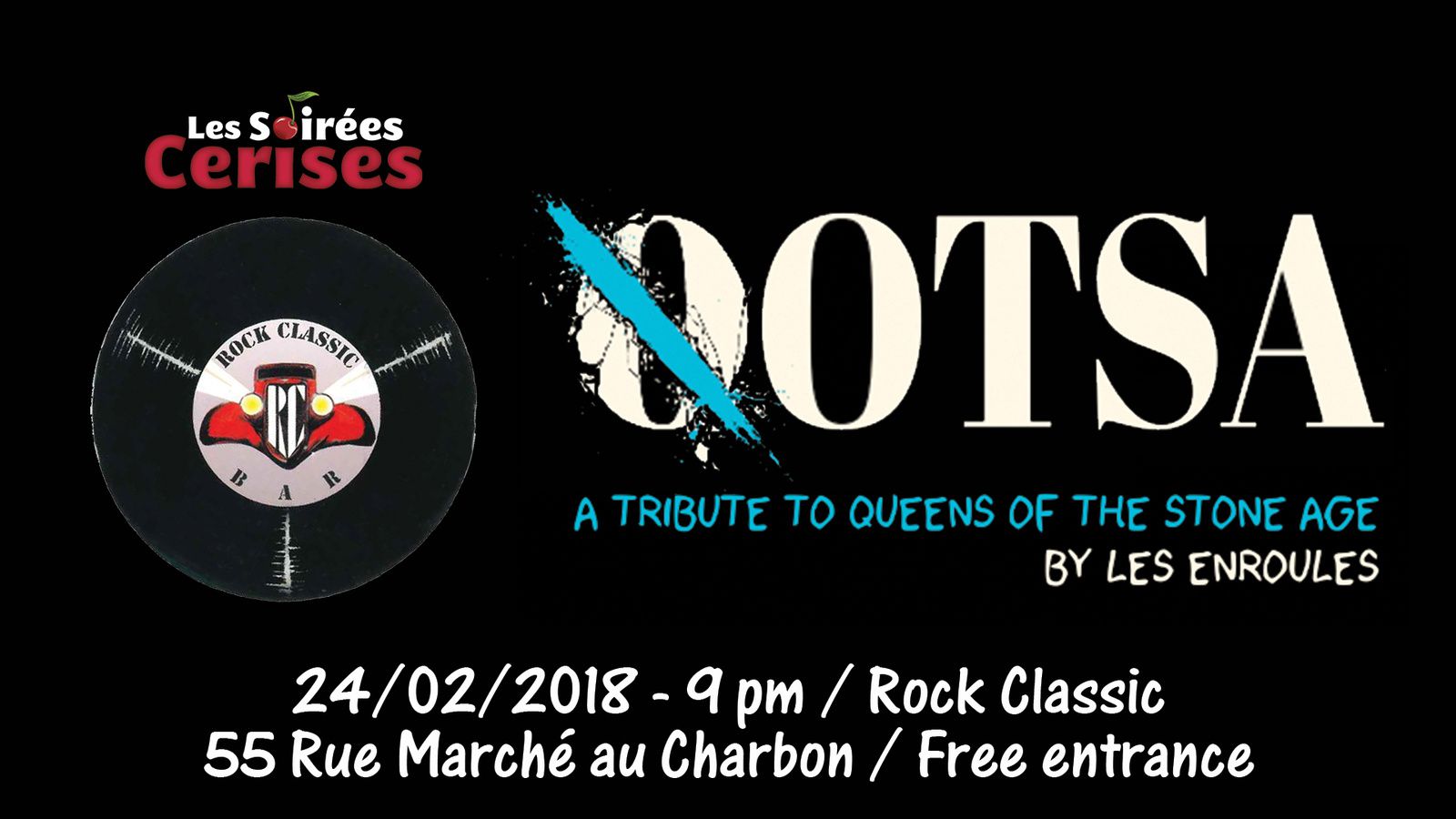